For today’s post, I kept going back and forth between what I wanted to do. Should I talk about most read authors? But most of them I also kind of talked about in my most owned authors post. Should I update you guys about what I thought of the authors I have read off my author TBR I shared a couple of weeks ago? But I only read a book by three of them so far and that felt kind of short. So, any author type of posts were off for today. I have another post ready to go – but it’s on the topic of blogging again and I just shared one of them two days ago, so that’ll have to wait a few more days.

Instead, I decided I would do something I’ve seen a couple of people do on booktube on talk about books that I think might become future favorites off both my To Read and Not Yet Released shelf. This way, I can come back later on and see if any of these books actually made it into my favorites! 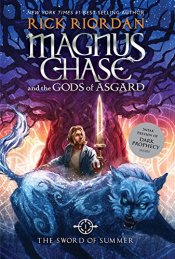 Magnus Chase And The Gods Of Asgard by Rick Riordan

The first book we are going to talk about for today’s post is The Sword Of Summer, the first book in this trilogy by Rick Riordan that is officially released in its entirety. Some of you guys might know that I am a Marvel fan and that I quite enjoy Thor and his movies (not as much as say, Captain America but still) and since this deals with Norse mythology I figured the chances are quite high that I will really enjoy this trilogy (or at least the first book) too! I’ve never read a Rick Riordan book before other than an excerpt of the first Apollo book – but I liked it very much! Have you guys read this trilogy? What did you think? 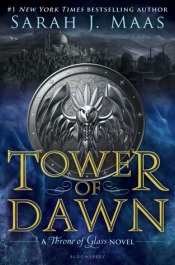 Up next, we have the sixth book in the Throne Of Glass series that is all about Chaol and I am 100% ready and excited for it! I quite liked Chaol as a character and thought it sucked that he was just written out of the story in the fifth book, so I can’t wait to see what he was up to and how his story then plays into the finale of this series! So far, I have heard nothing but positive reviews for this book, which has me even more excited – obviously! 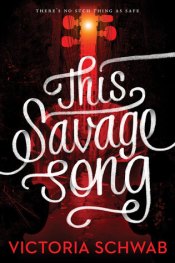 This Savage Song by Victoria Schwab

I read my first Victoria Schwab book earlier this year and this book has basically been sitting on my shelves ever since. I really like the premise of this story and love Victoria’s writing, so again (obviously) I have high hopes that I will enjoy this book too! And the end of this duology apparently rips people’s heart out? I feel like I’ve already seen quite a few people on Goodreads talk about the amount of pain they were in after finishing Our Dark Duet! Am I even ready for it? 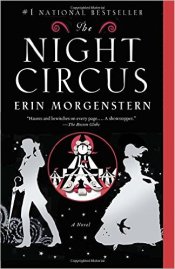 The Night Circus by Erin Morgenstern

This year alone, I have read two books set in a circus type of world and I enjoyed both of them quite a bit and from what I have heard, this was better than Caraval (which I read and enjoyed)  so I feel like I might quite enjoy it too! But I also feel like I should get to this sooner rather than later as it seems to have a darker atmosphere and it seems like the perfect Fall and October read! If you guys have read this, what did you think of this book? 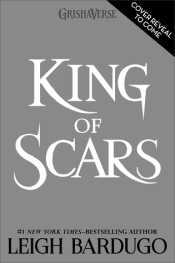 King Of Scars by Leigh Bardugo

The first book off my Not Yet Released shelf that we’re going to be talking about is also the one I will have to wait for the longest far as it only releases in 2019 – but I am convinced, like 100% convinced, that I will love it a lot. Leigh hasn’t disappointed me with any of her recent books (minus the fact that she loves to break my heart…) and seeing how this is about Nikolai who was a super fun character in both the Grisha trilogy and Six Of Crows duology, I am sure I’ll love it a lot.  I don’t think us fangirls are even ready for this. 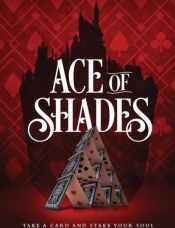 Ace Of Shades by Amanda Foody

And if you guys actually thought I would get through this post without talking about Ace Of Shades you were so wrong. Of course, this book had to be included here too! I am currently re-reading (or more, listening) to Six Of Crows to ‘prepare’ myself for this book as Amanda said that her story was inspired by SOC among other books. You have no idea how much I’m enjoying my time back in Ketterdam (I seriously just spelled that Ketterdamn…) right now and I’m sure I’ll have at least as much time exploring the world Amanda created here! 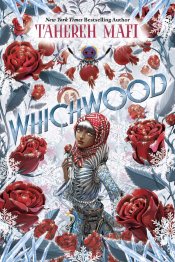 Last, but by no means least, on my list for today’s post we have a book by Tahereh Mafi! I just recently finished Furthermore (which is a companion novel to this one) and I absolutely loved it! The narrator was so much fun and I really enjoyed Tahereh’s writing style in this! I’ve read other books by her before too but I don’t remember enjoying them quite as much so I have high hopes that this is going to catapult Tahereh on my favorite authors list for sure! It might even convince me to re-read the Shatter Me series and see if I enjoy it more this time around. But, we’re getting off topic here. Whichwood is going to be a new favorite of mine – I am about 90% sure of it!

Do you guys ever look at your currently unread shelves and wonder which of them might become future favorites of yours? If not, please do this post too and share it with me! I would so love to see what you guys think you’ll love off of your unread books!

If you have read some of these already released books, are any of them on your favorites list already? Which ones?

Do you think any of these upcoming releases might make it onto your future favorites? Let me know in the comments below!