Okay, guys… for today’s post we’ll be talking about books we read this year that ended up disappointing us. That doesn’t me we absolutely hated them though – sometimes our expectations may have just been higher (for whatever reason) and when they don’t get met, it sucks. Let’s just get right into this, we know I tend to ramble once I start talking about the actual books! 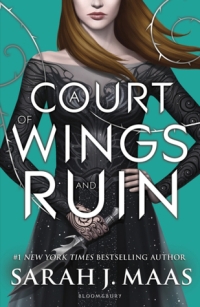 Let’s start off this list with one of my most anticipated releases of 2017 because this might have been the book that stung the most: A Court Of Wings And Ruin by Sarah J. Maas! I think it’s no secret that I am a huge fan of A Court Of Mist And Fury, right? I got out of that book with such high expectations and such an anticipation for the final book in the trilogy and then when I finally held this book in my hands after finishing it? I didn’t feel any of the usual happiness and joy of finishing a book in this series.

I still can’t pinpoint what exactly bugs me so much about this book? Sure, it had it’s great moments that had me squeal out loud, but overall I finished this book with a big old ‘meh’ and I hate it. However, I do plan on eventually rereading this and hopefully, it’ll become clear what it was that I didn’t enjoy as much then. I also do plan on continuing with the books in this (now) series. There’s no way I’ll drop it!

I had talked about wanting to read this series earlier this year and after I finally gave it a go and finished Philosopher’s Stone? I pretty much asked myself what so many people see in these books? And I know that’s not the nicest thing to say – but I just don’t see what’s so great about this world, characters and story. I did ask myself if maybe I’m too old now to fully appreciate the story as it seems so much like a childhood classic that many reread over and over again as they get older. And while I was pretty set on never returning to this world after I finished the first book, I might still give the next one a shot and see if maybe the story gets better as the books continue – wouldn’t be the first time that happens in a book, right? 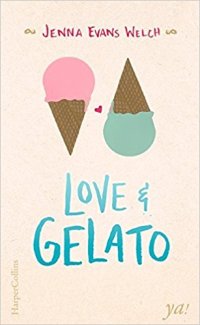 Earlier this year, I got accepted for an eARC of the German translation of Love & Gelato and I got really excited about it because it sounded like such a fun story perfect for the summer months – unfortunately, I didn’t like this book too much. This book was heavy on the insta-love, really predictable and didn’t explore the world around the characters much – all things I don’t like in books. I did talk a lot more about why I didn’t enjoy this book in my review, so I’ll direct you to it in order to save some words here! We don’t want this post to get too long, right??? 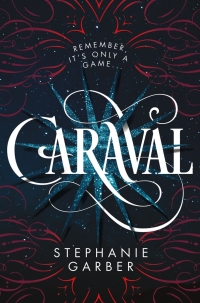 After I first finished reading Caraval, I actually quite liked this book and I wouldn’t have thought I would ever put it on a ‘disappointing reads’ list at the end of the year. Unfortunately for it, I’ve read two other books with a circus setting since and they were just executed much better which influenced Caraval’s position in my head quite a bit. I might even go back and readjust my initial rating for the book because it honestly no longer holds up with the other books I’ve read this year that got a similar rating and I think that should be reflected too.

As with the previous book, I did write a review for this book too where I talk about all the things I loved about it so you can read that here – it might still make you excited to read the book! Just because I didn’t like it as much by the end of the year, doesn’t mean you won’t absolutely love it, right?

You guys, putting The Gentleman’s Guide To Vice And Virtue on this list almost pains me because it’s such a beloved book and offered some fantastic representation? We have a bisexual main character in Monty and a black, homosexual character in Percy who also suffers from epilepsy and I am pretty sure that Monty’s sister Felicity is somewhere on the LGBT+ spectrum too, but Mackenzi Lee hasn’t been able to speak about it too much just yet (if I remember correctly).

I did really enjoy the idea behind this book and it definitely had moments that were really fun and funny, but overall I didn’t end up loving it as much as I had hoped I would. Especially with all of the hype surrounding it before the release and since then. However, I am still going to read the next book in this series that is going to be all about Felicity because I do think there is a chance I’ll love it more than this one. I might even go back and listen to this on audiobook at some point in the future – people say the audiobook is fantastic.

Speaking of books that pain me to put on this list, here’s another one: Strange The Dreamer by Laini Taylor! I had been looking forward to reading this book for months. Months! I got the book thanks to an Amazon gift card I won and then kept staring it until I finally picked it up and read it. And ended up not loving it as much as I had hoped. The story in itself is really great and I loved the idea of a forgotten city and someone going out there to learn as much about it as possible.

But somehow I got out of reading this book with yet another big ‘meh’ and I don’t know why. I didn’t hate this book by any means! Absolutely not. But with the hype it has been getting leading up to the release and since? I was expecting more – maybe too much. But I did really love Laini’s writing in this and I will be picking up the sequel because I am so curious to see how the story continues! It just didn’t knock me off my feet as much as I had hoped.

And now it’s once again time to link to you guys’ posts for yesterday’s prompt of the day: New-To-You Authors! If you guys want to be featured for any of the upcoming prompts (including today’s) just make sure to write your own post and pingback to the corresponding post of mine so I don’t miss your posts! I can’t wait to see what some of you guys’ responses to the upcoming prompts are going to be!

How about you guys? Did you read any books this year that you ended up being disappointed in? Because it didn’t meet the hype it received or because you expected something else? Let me know down in the comments below or in a post all of your own! I’m looking forward to reading you guys’ responses!