Hello and happy weekend you guys! I’ll do my very best to keep this intro as short as possible because I’ve got eleven books listened here that I want to talk about and I feel like I’ll need all my words for them. Also, I feel like I need to say this as kind of a disclaimer: I have no idea when I’ll actually get to some of these books. Especially considering the fact that I haven’t read some of the Fall 2017 releases that I was excited about (Renegades, I’m thinking about you).

Another quick note: for any sequels (or series finales) that I’ll be talking about for this list, I’m not going to give away any spoilers – don’t worry. I’ll do my best to get you to read the book but I won’t spoil the previous book’s events for anyone. And now, let’s get started! 🙂 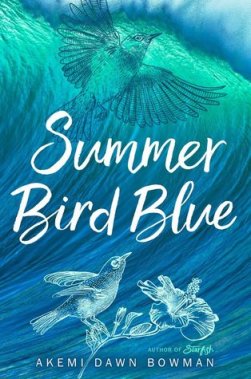 The first book I want to talk about is coming out in just a few days and that’s Akemi Dawn Bowman’s Summer Bird Blue! I read her previous release Starfish earlier this year and loved it, so much. Obviously, I had to put her upcoming release on my anticipated list too and I can’t wait to experience yet another story written by Akemi!

Summer Bird Blue sounds like a book that is going to break my heart in a million pieces as we follow Rumi off to Hawaii where her mother sends her to deal with her grief over losing her sister, the person Rumi wanted to make music with forever. That’s one thing Rumi knows that she wants, maybe the only thing. While in Hawaii, Rumi meets teenager Kai and 80-year-old George who might be able to help Rumi find her way back to herself and her music.

I am so bad at really summarizing books and what happens in them, so please make sure you click on the cover to check the synopsis on Goodreads – which does a much better job explaining this fantastic sounding book!

Up next, we have a book I have been waiting quite desperately for, especially considering how the first book left us and that’s Marie Lu’s Wildcard, the sequel and conclusion to Warcross!

Seeing how this is a sequel, let me quickly tell you what Warcross is all about (trust me, you want to get your hands on it!): We follow Emika, who works as a bounty hunter to find people who illegally bet on the worldwide phenomenon that is the game Warcross. When things turn quite desperate for Emika, she hacks into the opening ceremony of the Warcross Championship games only to realize that she actually glitched herself into the game. Soon, Emika finds herself on a private plane to Tokyo where an interesting job opportunity awaits her.

If any of you guys are wondering whether or not this would be something for you because you’re not really into gaming and anything related to it – I’m not either. But Marie Lu’s writing, world, character and relationship building is so good, you’ll just be sucked right in and before you know it, you’ve flipped over the last page! 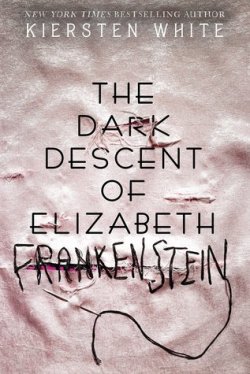 With this next release, I’m not even sure if I really want to read it because I don’t care too much about the story this book is a retelling of but I love the author and want to support her? And that author is Kiersten White and the book we’re talking about is The Dark Descent Of Elizabeth Frankenstein. I have to say, this cover is freaking awesome and gruesome and perfect.

In this book, we follow Elizabeth Lavenza after she’s been taken in by the Frankenstein family and in the years after, as she does her best to try and survive by dealing with Victor Frankenstein’s temper and his various whims.

Kiersten did such a fantastic job with her The Conqueror’s Saga and the way she portrayed Lada in it, that I am curious to see what kind of female character she portrays here. 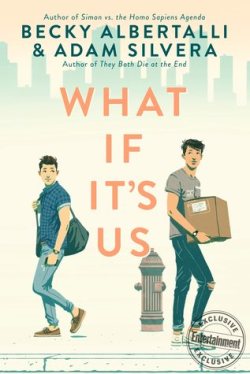 This next release is something most of you guys probably saw coming from a mile away and that’s Becky Albertalli’s and Adam Silvera’s What If It’s Us! It’s no secret that I adore Becky’s Simon VS with everything I’ve got so when this book was announced, it went on my anticipated list right away. I mean, how could it not? My excitement may have lessened a bit since for various reasons, but I still know I’ll read this book and hopefully, I’ll love it.

In What If It’s Us we follow Ben and Arthur who meet-cute for the first time at a post office as Ben sends his ex-boyfriend his stuff back and what happens when they meet each other again after – or doesn’t happen.

There has been so much buzz surrounding this release for months now and everyone basically wants to know if this book will have a Becky or an Adam ending (which, as far as I know, means we’ll be sobbing like there’s no tomorrow) and as far as we know, Adam gets the last chapter – so we might want to prepare ourselves.

Up next, we have Broadway’s newest smash hit that’s going to be available in novel form for everyone out there who can’t see the musical or just wants to relive the story in a new format aka Dear Evan Hansen by Val Emmich!

In Dear Evan Hansen we follow high school student Evan who has been tasked to write short letters to himself in which he outlines why any given day will be a great day. What Evan doesn’t expect is that said letters will one day cause him quite a bit of trouble when the parents’ of a student come across one of those letters addressed to Evan in their son’s possession. Evan quickly gets himself into a situation that he can’t get out of and as things start to pile up, the truth might just be revealed whether Evan wants it to or not.

I was actually lucky enough to get an early copy of this book from the UK publisher and I’ve already read a good chunk of the book (as of writing this post, I’m at around 250/360 pages) and I have to say, I really enjoy the story and the way this book is written quite a lot! I can’t wait to finish it and experience the soundtrack for the first time. If everything goes well, you guys should be getting a review by the end of the month! 🙂 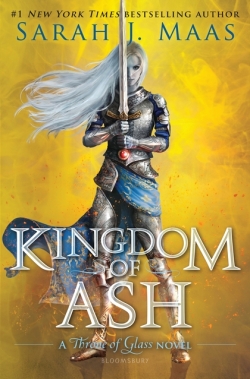 The wait is about to be over, everyone. After seven years and eight books total, we’re about to wrap up Celeana Sardothien’s story in Kingdom Of Ash! Just typing out that sentence seems weird because I feel like we’ve been with this character and world for so long that it seems surreal that we’re reuniting with them all for the last time here. How am I supposed to deal with that, huh?

Celeana’s story starts off with her in a labor camp that she’s been sent to for crimes she committed before we officially meet her (if you read the books in publication order). We’re introduced to her in Throne Of Glass when the Crown Prince makes her an offer she can’t refuse: compete in his father’s quest to find a Champion and earn her freedom after four years or stay and die in the labor camp. But that’s just the beginning of Celeana’s journey and path.

I’ve recently said how the books leading up to Heir Of Fire are basically like the pilot episode of a tv show: they set up the world, characters and relationships before the tv show really kicks off and things start to happen. Crown Of Midnight is the last couple of minutes of the pilot that get the story rolling and Heir Of Fire is the second episode and when you realize that you’re already way too invested. 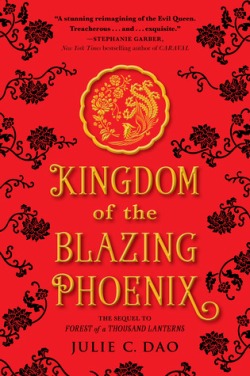 Lastly, we have Julie C. Dao’s Kingdom Of The Blazing Phoenix, the companion novel to 2017’s Forest Of A Thousand Lanterns!

You may remember that I didn’t end up loving the first book in this series as much as I had originally hoped but I still enjoyed the way of storytelling quite a bit, so I do want to give this book a chance. And as I said in the first paragraph, this is a companion novel to FOATL so you technically don’t have to read the previous book but I’d recommend it, as you’d get spoiled for the ending otherwise.

Forest Of A Thousand Lanterns, to explain it in as few words as possible, is an East-Asian inspired retelling of the Evil Queen story so if that is something you enjoy, definitely check it out!

Since this is quite a small list of books, I also wanted to make sure to link you guys to some other round-ups of fall releases that I’ve come across recently so you can get an even better idea of what’s out there as this is just what I’m looking forward to.

Also, I am 90% certain that I saw more lists a couple of days ago, but obviously I can’t find any of them anymore. Just my luck. xD But if you shared your most anticipated releases, feel free to drop a link below for all of us to check out! 😀

Now, I want to know what you guys’ top 3 fall releases are! And if there are just way too freaking many and you can’t decide on just 3 for the entirety of fall, give me three per month! The more the merrier, right?