If you’re a regular visitor on my blog, you’re probably quite surprised to actually see me pop up in your reader again as I’ve kind of been gone for almost a month now and I figured I’d just update you guys on that real quick before we move into my October wrap up!

Originally, I was going to take a week off blogging the week I posted my annotating post – I wasn’t having any ideas for what to post next and figured a break would be great. The thing is, once that week had passed I was slowly drifting into the main reason I was gone so long: I had about a 10 day period where I barely slept (and if I did, during the most random hours) and was basically out of it for a while.

Usually, I’ll have maybe a few days of this before I snap out of it but not this time. I went to an interview towards the end of that 10 day period (on Monday) which went well and then the next day I was out and about with my mom and got myself a tea to help me fall asleep (which Caro suggested I do) and thank god I did! I don’t know if I was just dead tired at this point but I finally slept through the night and have been all week.

So yeah, that’s why you haven’t really heard much from me on the blog for the past three weeks now. I just wasn’t feeling like it and then got hit with whatever the fuck those 10 days were. But I’m feeling better now so hopefully, I’ll be back to regular posting now! 🙂

One last thing I want to say is Thank You! for still showing my blog some love and shouting out some of my posts in you guys’ wrap-ups. It means a lot to me! 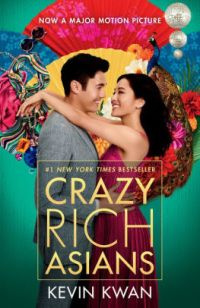 I finally finished reading Crazy Rich Asians. It honestly felt like I was taking ages trying to finish this book – especially because I wasn’t enjoying it as much as everyone else.

There were too many perspectives, in my opinion, quite a few that weren’t even necessary to the overall plot. It was confusing enough with so many different people in different places throughout the book, that I would’ve appreciated it if we’d just followed Nick, Rachel, Astrid and maybe Nick’s mom (though she pissed me off quite a bit too). That would’ve made the story easier to follow, in my opinion.

Something else that really got on my nerves was the way Nick’s family (but especially his mom and her group of friends) spoke about other Asians and but also people who were in a ‘lower position’ compared to them. I was ready to bash some heads in, not gonna lie.

I might still watch the movie hoping that it’s done better but I definitely won’t continue on with the trilogy. 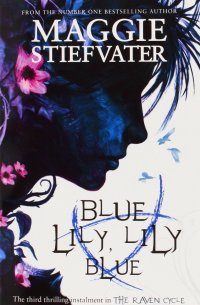 This month, I also continued my Raven Cycle reread and read Blue Lily, Lily Blue again and I have to say, it’s my least favorite in the series so far. To the point that I lowered my original rating down to just 3 stars. And I rarely lower my rating for favorites.

And the sad part is that there’s a relationship in here that absolutely destroys me. Like, calling each other at night and going on drives together? Sign me up. They are so, so good in this book but the overall story just doesn’t get me as much so I can’t give it a higher rating than 3.

Let’s hope I end up enjoying The Raven King a ton because that would be a sucky ending for my reread for sure. xD 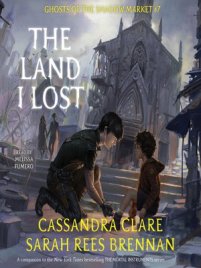 I haven’t made it a secret that I love these novellas we’ve been getting (for the most part, there were a few in there that I didn’t enjoy as much) and this one? This one stole my god damn heart.

The Land I Lost tells the story of how a certain shadowhunter child ends up with a certain couple and so much around that was just downright heart melting. But also, the vampire Lily is such a mood in the way she talks about Brother Zacharia and the millions of nicknames she gives him. I laughed out loud a couple of times for sure.

We’ve got one more novella coming this month before it’s time for Queen Of Air And Darkness (which we’ve gotten small bits of information throughout a few of these novellas) and you guys, I don’t know if I’m ready for any of what’s to come. Plus, the book is almost 1,000 pages long. A THOUSAND. How am I gonna get that one read before I see any spoilers??? Especially since I’ll have to preorder through bookdepository which takes about a week to deliver. 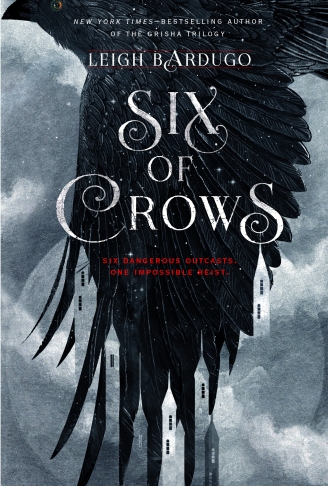 After finishing the Grisha trilogy last month, I obviously jumped straight into the Six Of Crows duology which is hands down, my favorite within the Grishaverse (so far, who knows what’ll happen once I’ve read King Of Scars). And let me tell you, this didn’t disappoint. I’ve now read SOC four times and Crooked Kingdom three times. I just don’t get tired of this duology no matter how often I read it.

I still get all the feels at that one scene in the bathroom. The chills, people. The chills. Or the piano scene. I feel like, so far, this is Leigh’s best work and since she’s gotten continuously better with each book, I don’t even know how I’m going to handle the next one? Especially because it features some of my favorite characters as POVs? I’m complete and utter trash for the male POV and both girls that we’re getting are kickass in their own rights too so it’s gonna be a fun ride! 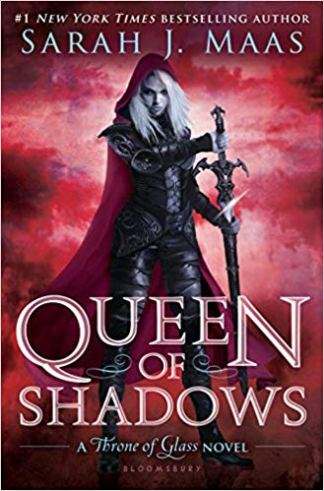 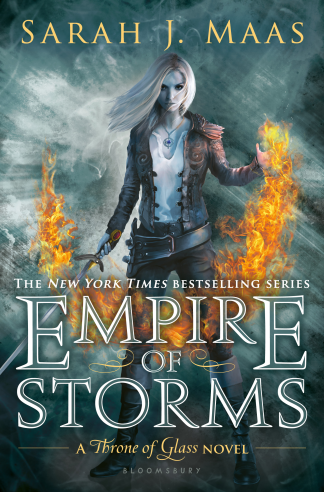 And now let’s talk about the final two books I read this month which also happened to be the two biggest books this month. You might be aware that I’m currently doing a series reread so I can dive into the finale Kingdom Of Ash with all the information still relatively fresh in my mind. I was planning on being done with my reread by the time KOA released but then I hit that 10 day period I talked about earlier and didn’t read anything.

Empire Of Storms is probably one of the most painful books so far in this series – especially the ending. I always thought things couldn’t possibly get worse until I read one of the sneak peeks we’ve gotten for KOA and I’m taking it all back. That, that’s gonna be so much worse.

But before I can get to KOA (well, my copy has to arrive first, it hasn’t been sent out yet) I still have Tower Of Dawn to read which will be the first time I ever read that book as I never got around to it last year! I don’t know if I should be worried or excited about what Sarah is going to throw at Chaol in this novel. xD But I’m ready to finally find out what he was up to during EOS!

Now that we’ve talked about what I read during the month of October, I wanna know what you guys read! Talk to me about your favorite and least favorite book you got to and what books you’re excited to read in November! I know I want to finish the Throne Of Glass series and possibly reread the first two books in The Dark Artifices to get ready for QOAAD.

Did you guys read any of the books I mentioned above? What did you think of them – especially Crazy Rich Asians? I’m curious about that one in particular! Let’s discuss in the comments down below!

16 thoughts on “Where I’ve Been & October Wrap Up”

I fly off to Norway 🇳🇴 in the morning, so I obviously needed some new holiday nails. And since I haven't done black in ages, that's the color I went for and I love it. 🔥
Today's hair style is brought to us by me putting my wet hair into a clip and not taking it out all day 😂
I truly don't talk about my love for these women enough but they are the band I've been a fan of the longest. I'm so, so proud of everything these three women have achieved and will achieve in the future - whatever it may look like for each of them.
Hands down the group I've kept up with the longest. I've been a fan since the early 2010s and have loved every album they've released. Ever.
HAPPY NEW YEAR 🥳
I finally have gel nails again and I'm loving it! I actually did it all myself too, from start to finish and I have to say, the end result isn't bad at all! Not even on the hand that I had to do with my non dominant hand!
Its our golden maknaes birthday 🥳 I'm a bit late but I wasn't home and didn't have time to take a picture. I also almost accidentally got purple nails for the start of bts birthday marathons. 💜 swipe to see what my nails look like. 😊
My sister is currently really into making her own manicures with gels etc and I've very selflessly offered myself as someone she can practice on as well.
It was recently my two year anniversary as ARMY and what better way to celebrate then to take pics with all of the BTS albums I've collected.
Aaand it's already time to share my July title page! I honestly can't believe how fast time flies by this year. Check out my IG stories for a look at my entire set up for July. 😊
My GO copy of EXO's Don't Fight The Feeling arrived today 🥳 Love how I was able to get this and stay mostly up to date with my Baekhyun album collection! I'm SO close to being all done. 🙌🏼
Last night, I decided to get to my June set up in my bujo and yall. I love it.
Loading Comments...
%d bloggers like this: